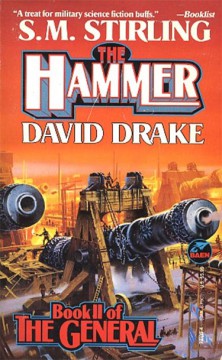 The Computer Voice in Raj’s Mind is God — and God is on His Side!

Raj Whitehall and his hard-bitten troops must conquer a continent of barbarians descended from the crews of a squadron of starships! But his biggest problem is not defeating this formidable enemy, but the cowardice and envy among his own officers and the grasping officials of an emperor likely to view success as treason. And Raj must succeed, to reclaim the stars for mankind.