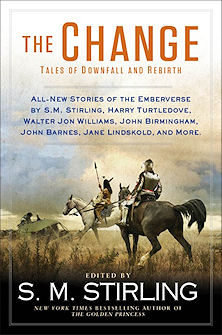 The Change
Tales of Downfall and Rebirth

In the anthology The Change: Tales of Downfall and Rebirth, S. M. Stirling is joined by some of the best science fiction writers to expand the rich Emberverse world. In his own story “Hot Night at the Hopping Toad,” Stirling continues  his tales of the High Kingdom of Montival. The other stories portray fortune seekers, voyagers, and dangers—from the ruins of Sydney to the Republic of Fargo and Northern Alberta to Venetian and Greek galleys clashing in the Mediterranean.

11 Reviews for The Change