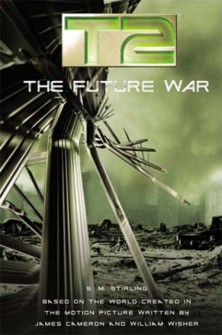 The future war is now. Hiding out in Alaska, Sarah and John Connor, along with ex-counter-terrorist agent Dieter von Rossbach, are playing a waiting game–trying to live their lives, but ever watchful of Cyberdyne and Skynet. Believing that John′s love Wendy sacrificed herself to successfully stop Skynet from becoming sentient, they think humanity may finally have a chance.

Until the US government announces that they will put all military forces under the command of a brand-new, extremely powerful Artificial Intelligence named Skynet. Racing desperately to alert their allies and prepare, the Connors discover that Wendy′s sacrifice was in vain. Skynet is sentient, and is ready to terminate the human nuisance once and for all. As the nuclear fallout begins, a brave band of resistance fighters, led by John Connor, starts the long fight against Skynet. The rise of the machines is here, and this time, there is no preventing Judgment Day.

In acknowledgment of the works of Harlan Ellison.