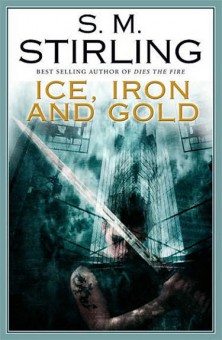 Ice, Iron and Gold
A collection of short fiction