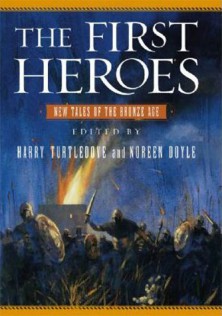 His name was Kreuha Wolkwos–Blood Wolf, in the tongue of the Keruthini folk–and he was the greatest of all the warriors of his people, although still unwedded and barely old enough to raise a thick yellow down on his cheeks. Even before that fuzz sprouted he had been called a man in the korios, the warband of the youths who spent the summer living like a wolf-pack in the woods off what they could hunt and steal. Now even householders and the clan chiefs called him a man, for six heads of his taking–the oldest weathered down to a skull, the newest still ripe–were spiked to the lintel above his father’s house-door.