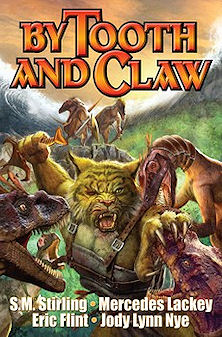 A Clan’s Foundation
Novella in By Tooth and Claw

In a Bronze Age world, the Clans of the cat-like Mrem have expanded their territories, in battle against the deep reptilian intelligence of humanoid dinosaurs. They now face the cold-blooded Lishkash empire of slave armies and magic. Mammalian courage and adaptation are pitted against reptile cunning in a clash of steel and will that will determine who shall inherit the Earth.