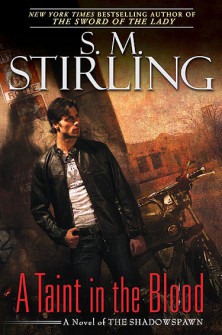 A Taint in the Blood

Eons ago, the powerful Homo Nocturnis ruled the earth. While their numbers have been greatly reduced, they still exist-though not as purebreds. Adrian Breze is one such being. Wealthy and reclusive, he is more Shadowspawn than human. But he rebelled against his kind, choosing to live as an ordinary man. Now, to save humanity, he must battle the dark forces of the world-including those in his own blood…

Thanks to Richard Foss, for help with the fine details of food, wine and restaurants.

To Kier Salmon, for all sorts of help! Including the name of ‘Rancho Sangre Sagrado’, and other bits of idiomatic conversational Spanish, and useful discussions.

2 Reviews for A Taint in the Blood